The Truths About Dating and Mating Blog Tour

It is my great pleasure to take part in Jaycee DeLorenzo's blog tour for the release of her debut novel, The Truths About Dating and Mating, due out tomorrow!

Be sure to read to the bottom for your chance to enter The Truths About Dating and Mating Giveaway!

Being the only girl who cares to see beyond Ian’s bad boy reputation has its advantages, especially when he’s scaring off the jerks who just want to nail the campus sex-guru. It’s when he’s “protecting” her from the advances she welcomes that she wants to lob him over the head and tell him to butt out. But Ivy’s feels like she’s the one who’s taken a hit when Ian almost kisses her at a party. She knows she should feel relieved when he pulls away, so why is she disappointed instead?

What’s worse, Ivy’s now getting aroused by Ian’s slightest touch and can’t stop entertaining thoughts of a romantic future. But Ian doesn’t do relationships, and she’s not interested in anything casual. In the end, Ivy decides it’s best to keep her growing feelings a secret and hope they’ll pass. However, when Ian begins hinting at wanting to take things to the next level, she’s forced to decide if a chance at something more is worth risking everything they’ve built.

With their friendship and her heart hanging in the balance, can Ivy follow the advice she and Ian give their listeners - to communicate, be honest, and trust in themselves - or will insecurity, stubbornness, and pride ruin any chance of their relationship getting off the ground?

In honor of the big day, Ivy and Ian took the time to answer some questions for me! Thank you so much, Ivy and Ian, for agreeing to be interviewed today on Motivation for Creation. Please tell us a little about yourselves - what makes you, you - how you met - that kind of thing.

Ivy: Well, I’m Ivy, and this is Ian. We’re both 21 and attend school together at Riordan College.

Ian: We’ve been best friends since we were 7. Some bullies were picking on her, and I stopped it. We’ve pretty much been friends ever since.

How did you come up with the idea for your radio show?

Ivy: We didn’t come up with the idea. We were just doing what we always do, lately, which his arguing--

Ivy: Are you kidding? We argue more than a married couple.

Ivy: If you say so. Anyhow, it was Ian’s show, and someone called to ask a question and he gave advice…

Ian: I convinced you, didn’t I?

Ivy: :thinks about it and starts to smile: Fair enough. Well, it’s in the book. You can read about it.

What's the hardest question ever asked on your show?

Ivy: Anything that has to do with professing unrequited love is always hard. You don’t want to give the wrong advice, and face a backlash if things don’t work out well.

Ian: I’d say any question that has to with love.

Are either of you in a relationship right now? How does your status affect the advice you give on the show?

Ivy: :chuckles: No, he doesn’t do relationships, and any time I start to show interest in a guy, he sabotages it by scaring them off.

Ian: I only scare off the guys who aren’t good enough for her.

Ivy: You’ve scared off all of them.

Ian: Hey, I can’t help it if you have terrible taste.

What kind of advice would you give each other?
Ivy: Stop sleeping around and give dating a try. You may discover that girls actually like you for you.

Thank you so much, Jaycee, for sharing Ivy and Ian with us.  I'm chuckling and already in love with them both.  I don't normally read Young Adult, but this is one book I'll be buying! 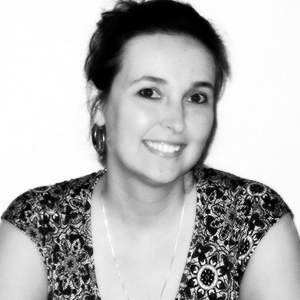 Jaycee DeLorenzo hails from Tucson, Arizona, on the outskirts of the Saguaro National Park – which she believes to be the most beautiful spread of desert in the world.  By day, Jaycee is an English language teacher to elementary students. By night, she’s a wife, mother, writer, cover artist, website designer, and blogger.  In her spare time, she enjoys reading, cooking, singing (very poorly), catching up on her favorite T.V. shows, and researching.

The Truths about Dating and Mating is Jaycee's debut novel, and the first in a series centering around students of the fictitious Riordan College.

Along with her tour, Jaycee is doing a giveaway!  Click the link below to sign up for a chance to win.

Email ThisBlogThis!Share to TwitterShare to FacebookShare to Pinterest
Labels: debut release, Jaycee DeLorenzo, The Truths About Dating and Mating