Funny Friday Photos - Did Your Favorite Photo Get Chosen This Week? 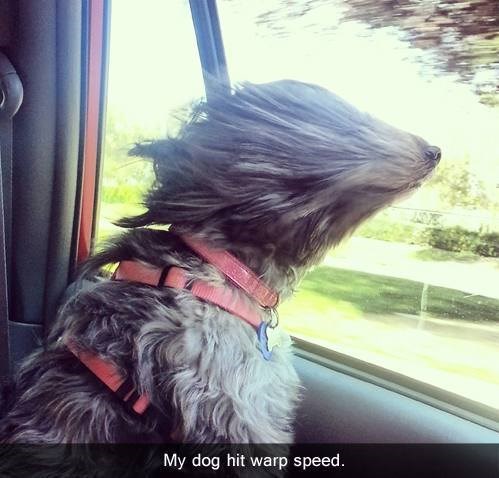 A quick public service announcement - well, maybe just an announcement. I have re-published Finding Meara on i-tunes, Kobo, and Barnes and Noble, as well as keeping it on Amazon. Kobo was a lot of fun, because they have the cutest messages while the data is processing. They call them "messages from the Muse."

My favorite this week was the falling dog. Everytime I feel like I'm cool and amazing, I invariably slip up somehow and end up feeling just how the dog looks. I'm laughing with the dog, not at the dog...


What was your favorite?

Funny Friday Photos: Have You Seen a Naked Bear?

The road was blocked by a herd of cattle on the way home, and I guess I got in touch with my western drawl.

This was a great week! No, I didn't make it to the third round in the Amazon Breakthrough Novel Award, but I don't have a brain tumor or Grave's Disease, either. I'm not being facetious. I've been having trouble with my right eye since Fall - a little pain, some pressure, looking like Bill the Cat periodically.

So, I went to the doctor and it turns out my eyes are just a little mismatched and I guess stress accentuates the issue. I'll take not having a brain tumor or chronic auto-immune disease over getting into the third round any day. Gives it all a little perspective.

I confess. I like watching my blog statistics because I enjoy seeing how people find my blog and where you all come from. I'm amazed that people from around the world are reading (and hopefully enjoying) this blog.

I miss the blog visitor who used to look for my blog by searching lines from the posts on Wednesdays (and occasionally Thursdays.) The mystery of what would be used to search next, or if they would come back, made Wednesdays a lot of fun. But, alas, it's been several weeks (a month?) since they've searched. I'm hoping they (or you, dear searcher, if you are still visiting...and reading this...) have just found a different way to access the blog. 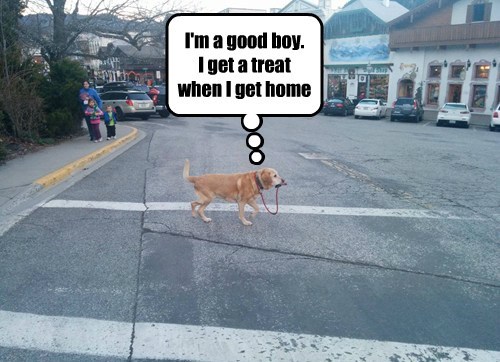 Here's this week's photos. I have no idea where they originated. I'm finding the same pictures show up in so many different blogs/websites that it's impossible to give credit.


For those who celebrate Easter, have a very Happy Easter. For everyone else, I hope you have an excellent weekend.


My favorite is a reptile dysfunction. Which is your favorite?
Posted by Lara Schiffbauer 14 comments:

A very happy Friday to everyone!

This week flew by. It was just Monday ten minutes ago. And what a weird week--for me at least. On Monday I ended up on the edge of a police standoff (guns drawn and pointed at a flower delivery van - of all things) while driving my children to the dentist, and on Wednesday, Boy 1 got sent home from school because he fell off tall playground equipment at morning recess. I'm a little worried about what Friday will be like.

And then there's this:

I may have bad news next week. The Amazon Breakthrough Novel contest will post the stories that move on to round three on Monday. It's not that I don't think Finding Meara isn't good, it's just that there's so many good books out there. I know three of the other contestants (Linda Hatton, Monica Frazier and AJ Sikes), and they are all really good writers, and with more experience than I have. It'll be nice if I get to move on, but it's also pretty cool to have made it to round two. We'll have to wait and see.

No winner for funniest photo last week, so we'll just head on to the new: 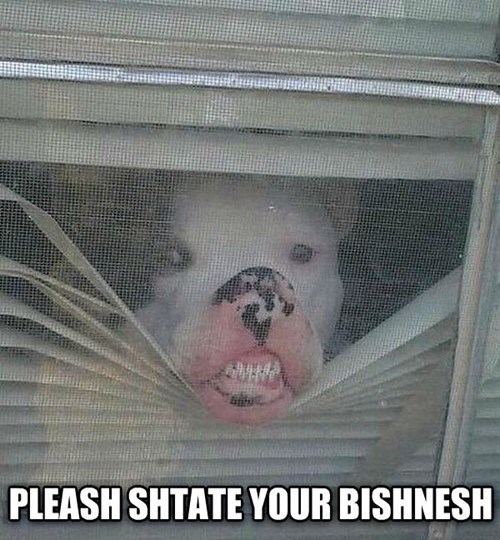 We have two puns today. I couldn't choose. 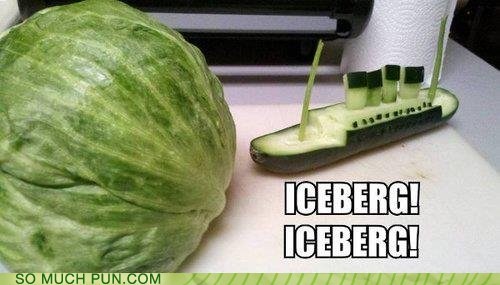 You may have seen this already, and I don't know why I think it's funny, but I do. I laugh pretty hard. So, I'm going to share it with you. Goats sing Let It Go from Frozen...

I think my favorite photo this week is the dog with its nose pressed up against the window. Coupled with the caption, I crack up each time I look at it.

What's your favorite?
Did you have a normal week, or did anything bizarre happen?

Actually, I'm sad Friday has arrived, because on Monday I must return to work. Even with my spring cold (which started last Tuesday), I've really enjoyed being home and only worrying about writing and mom-ing. I wish I could be home all the time, but alas, it's highly doubtful that will ever occur. 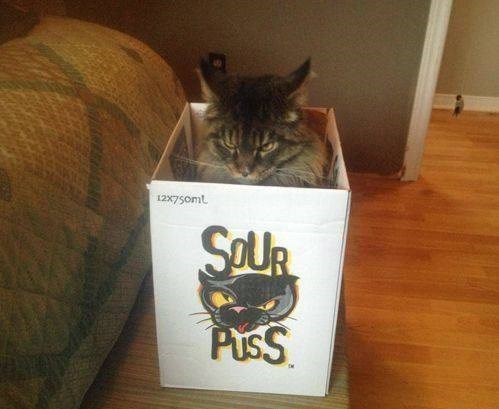 It was actually a really spread out vote, so since sour puss got two votes, it won.

Here's the new ones!

I'm hoping that many of the people who come to visit my blog are Doctor Who fans and know what the Ood are. However, if you don't know, the Ood are an alien species on Doctor Who, who have a hive mind and sing beautiful songs collectively through the psychic connection similar to the Borg in Star Trek. Normally a peaceful race, they were easily enslaved by humans to act as servants or disposable labor.

I've been a little Ood obsessed this week. With the cold medicine I've been taking, and watching a lot of Doctor Who, I had odd Ood dreams. Something about them, twitter and me - me tweeting to an Ood? I can't be sure. They were those disjointed medicine-head dreams.

If I hadn't recently read an article about creative people which states creative people get "stuck" on things that tweak their imagination, I'd be worried. But really, I'm just Ood fascinated right now. I wish they had used the Ood more in the show. The episodes that do have Ood are very entertaining and surprisingly humorous and/or poignant.

The video is a Dr. Who Prequel titled Pond Life part 3 series 7 from the BBC. It's one of my families favorite Ood jokes, and only 55 seconds long, so isn't a huge time investment to watch.

Ood on the loo. It never gets old.

The next photo counts as the pun of the week, doesn't it?

Well, thanks for indulging my Doctor Who fandom this week. I can't pick a favorite. All the dog pictures crack me up, and I just love the Ood jokes.

Do you have a favorite?
Is there something that's captured your imagination this week?