Funny Friday Photos and What Dog Do You Look Like?

Happy Friday! This has been a week. I got strep throat, a flat tire (which is hideously expensive to repair because I bent the rim), and missed three days of work. However, it's all good. I have antibiotics, it doesn't hurt quite so bad to swallow, and the lady in the dealership parts department found me a wheel for about a third of the cost.

I am very excited that I get to see the National Theatre Live screening of Coriolanus in late February. I hadn't planned to go, because I wouldn't have anyone to go with. Then, I ended up mentioning the screening to the teacher at work (with whom I shared the Cookie Monster Debacle.) She majored in drama, and likes Shakespeare (even was in some Shakespearean productions) and so we decided to go together. A twitter-friend saw the live screening and she said it's powerful, so now I'm impatiently waiting. I've seen Ralph Fiennes' movie version of Coriolanus, so I'm excited to get to see a different version.

My husband keeps giving me a hard time about going all the way to Denver to see a videotaped play, but that's okay. I'm tough! And, he's only teasing. I think. He's actually watched part of the Hollow Crown, and just last weekend remarked that he needs to see the last two, so he's coming around. Boy 2 also keeps asking to watch "Loki Shakespeare." I put on the battle scene between Prince Hal and Harry Percy for him and Boy 1, figuring it wasn't any worse than Lord of the Rings. They did enjoy it, and even understood some of the language. 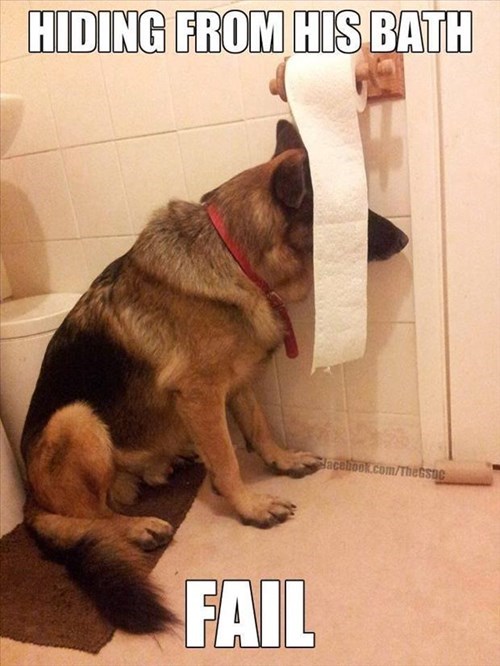 I must warn you all, I got a little carried away with the pictures this week. I just kept adding them on. I hope you don't mind. So, here they are!

I've been trying to figure out which dog breed I look like. I thought maybe pointer, but I'm not sure. Maybe something with a fluffier face?

Did you find a favorite this time? Which dog breed do you think you look like?

For the Writers: Sometimes We Just Continue

At some point - in life, in writing - we have to just continue. And it's usually at the point after the new wears off. 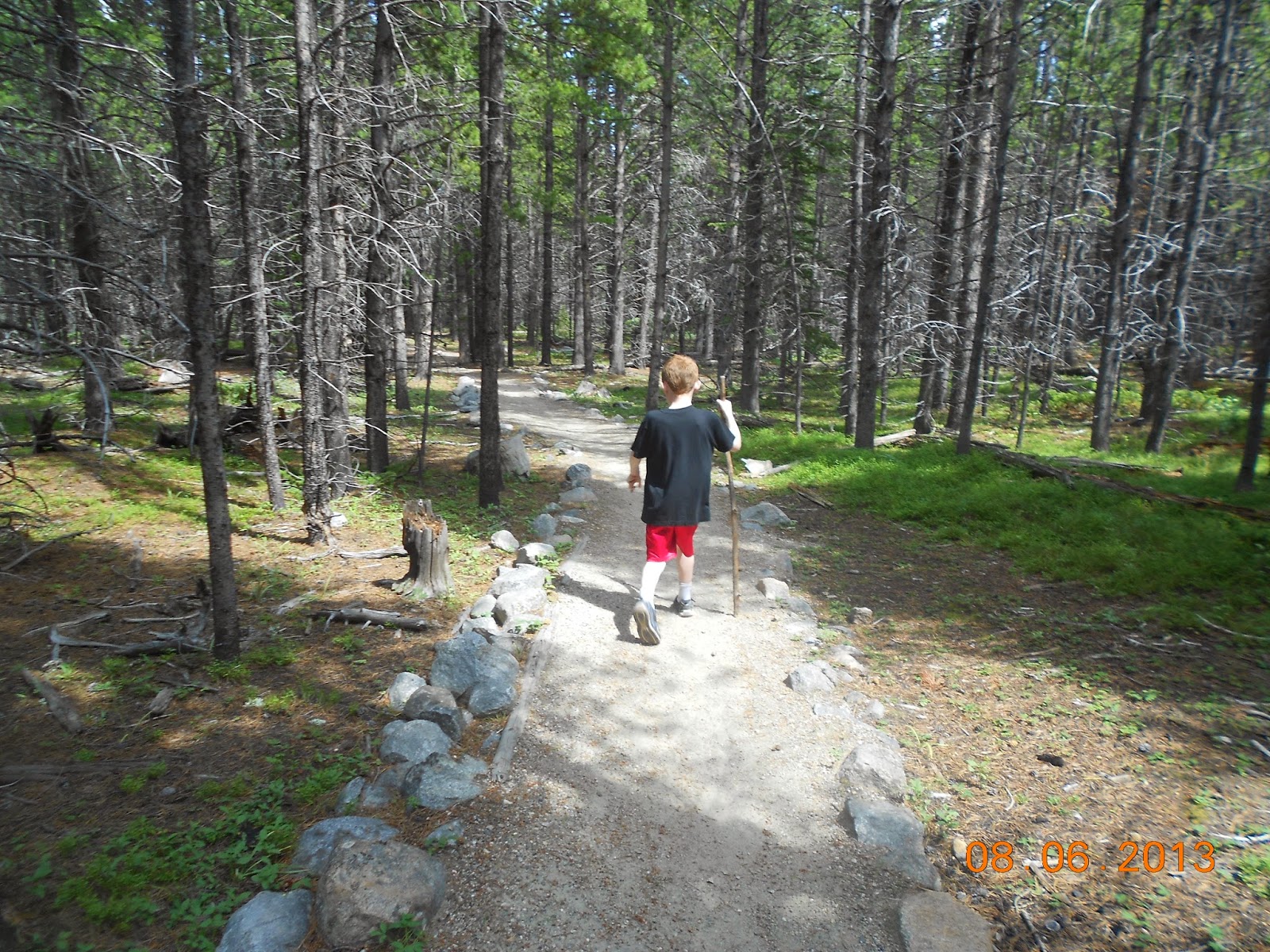 When we're writing a story, and we end up in the muddy middle, we have to just continue. We have to quit talking about it, quit relying on the new and shiny to keep us going. We have to roll up our sleeves and work our way through it.

It seems as though it's the same with the writing journey. Eventually we end up in a place where the shiny has gone. Like a romantic relationship, the passion and excitement sustain us for only so long, and we have to decide to commit or move on. If we choose to commit, the dynamic changes and we move into a new stage of our relationship. It's not less than, it's just different. We continue at a more stable and longer-lasting pace.

And that's what I've been thinking about lately.

Eventually we have to just continue.

And, you know, that sounds so serious! Aagh! Why do I always sound so serious when I do these posts?


What have you been thinking about lately?
Posted by Lara Schiffbauer 6 comments:

Hello, one and all! I hope you all had a great week! If not, you can take solace that it's the weekend. That's what I do. And look at pictures on Pinterest.

I was perusing geeky pics, and came across one of Loki in Thor 2, where he takes away his glamour (sorry, but I'm writing about fairies right now, and that's what I call their ability to look however they want) and is sitting on the floor in the prison. It reminded me that tonight, when I picked up my kids from school, Boy 2 plopped himself down against the wall in a tight hallway, legs outstretched, arms dropped to his sides and said, "Look, Mommy, I'm Loki!" I laughed so hard. Where he comes up with these things... Oh yeah, he's my kid. That says it all. 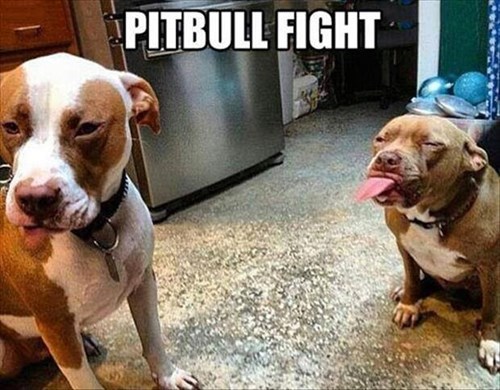 This week's photos were kind of hard to find, so I hope they're funny enough.

Lots of puns in this one! Well, okay, three, but I'm still impressed.

Have a fabulous weekend. If you have to work, try to have as much fun in your off time as possible.

My favorite this week is the dog fail. He just looks so pathetic hiding behind the toilet paper.

Nothing Bizarre Happened: But Here's a Bizarre Video

I'm sorry, but I do think Stormtroopers twerking is just a little bizarre. And funny.


Have a wonderful rest of your week!
Posted by Lara Schiffbauer 3 comments:

Wow! All week long I was a day ahead, and now it really is Friday. That's good news!

Tonight (actually Thursday night) my father taught us a new game to play with static electricity. Each person shuffles around in their socks on the carpet carrying a spoon (any silverware would do, as long as it's metal, but I insisted on spoons for safety) to build up the static electricity charge. After you're sure you have a decent electrical charge stored in your body, you bring the silverware close together, but don't touch them, and you should get a pretty decent electrical arc from one spoon to the other. It worked beautifully, and the arcs were at least double the thickness and brightness as the ones when we shocked each other with our fingers. For best effect, turn off the lights! 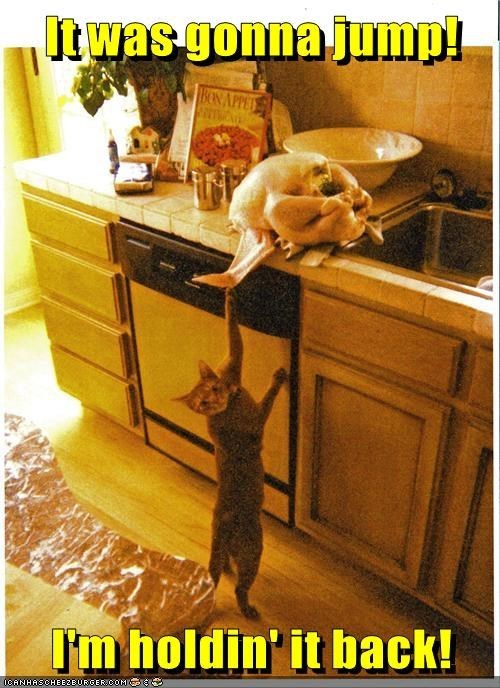 And now, this week's photos! 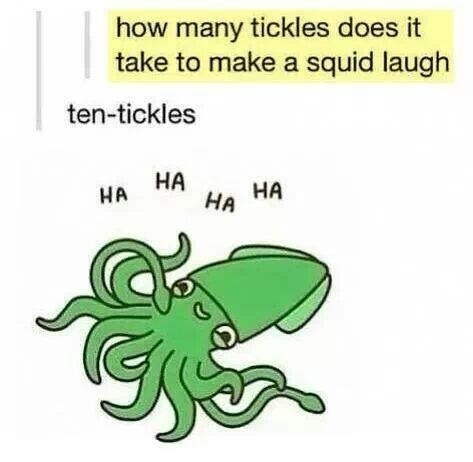 I have no idea which is my favorite! The pitbull fight made me laugh the hardest, but then I found the dog elegance, and what they guy looks like really when he's checking girls out.


Did you have a clear favorite?
Have a happy weekend!
Posted by Lara Schiffbauer 4 comments:

Isn't that a unique creature?
Have you ever heard of a Peryton before?
Posted by Lara Schiffbauer 4 comments:

Funny Friday Photos And A Short Trip Down Memory Lane 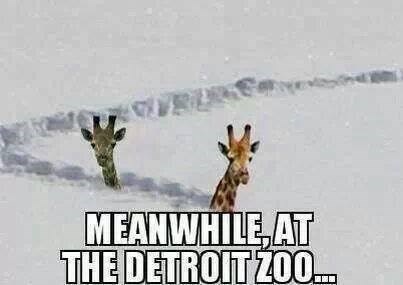 Crazy weather we're all having, isn't it? The strange thing for us is that it's actually kind of nice where I live. Usually, in January and February we're having single digits and sub-zero temperatures. It's been in the high 30's/low 40's (F) this week!

We had a three way tie for last week's funniest photo, so I'm not posting a picture this week. If you haven't seen the post yet, here is the link.

And here's this week's photos! 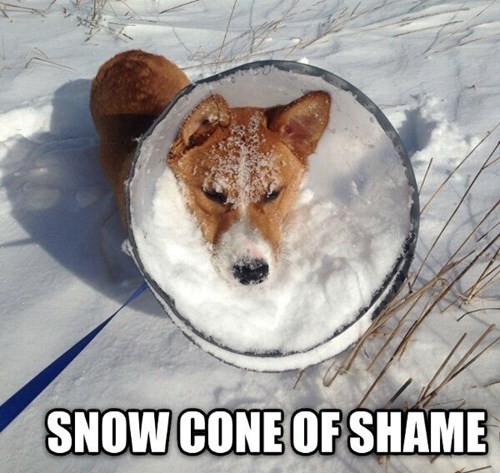 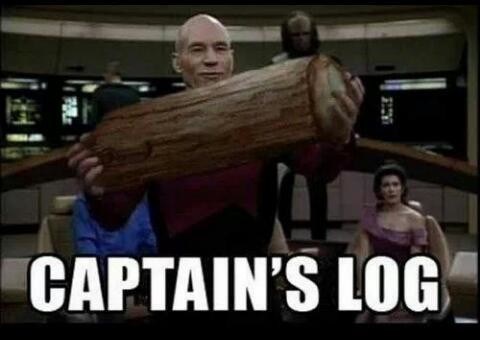 You know what's been making me happy lately? It's the song Sugar, Sugar by the Archies. Bubblegum pop from the late 1960's has been putting a smile on my face. I think part of the reason is because it reminds me of my sister. She got me into Motown (Sam Cooke and The Temptations were some favorites) and some of the Bubblegum pop (The Monkees, Herman's Hermits.) I think she would have loved the video I share below. Ron Dante (the singer and voice of Archie) is just adorable.

When we were in high school, we went to the 33rd Anniversary of Rock and Roll (which at that time meant music from the 50's, 60's and 70's), and got to see Herman's Hermits, Three Dog Night, and many other old rock groups. I even got to dance with a Coaster - he pulled me out of the audience like a Bruce Springsteen video. Definitely one of the high points of my life! So, lots of happy memories to go along with a happy song.

I love the lines "I just can't believe the loveliness of loving you," and "Like the  summer sunshine, pour your sweetness over me." It makes my romantic little heart go pitter-pat, even still. Such beautiful wording.


Did you have a favorite this week?
Have an excellent weekend!
Posted by Lara Schiffbauer 12 comments:

New Release: Roland Yeamons' Death in the House of Life

I have totally messed up my editorial calendar. It's all okay, though, because my mess gives me the opportunity to share with you the new release from Roland Yeamons! This man has the most amazing outlook on life, and is one of the more creative people I know. He also has some of the coolest covers I've seen!

So, let me present to you Roland's new book, Death in the House of Life! 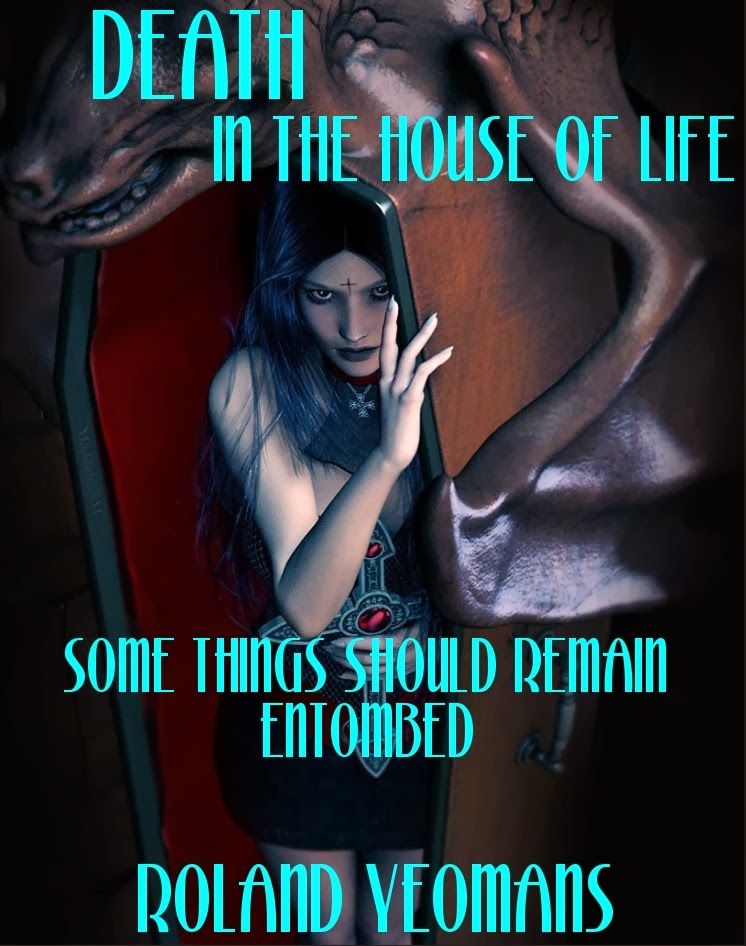 Before Indiana Jones ...
Before Allan Quartermain ...
There was ...
Samuel McCord

Join the cursed Texican as
He clashes with the last survivor of an extinct species in the Missouri of 1848.
He communes with the Spirit of the Earth in the Hawaii of 1866.
He is betrayed into the hands of the British government in 1895 Cairo.

Thrill to his escapes from ancient death traps in the ruins of the lost city of Tanis.
Match wits with him
As he duels grey aliens and seeks to decipher the mysteries left behind by the aliens who were the basis for the gods of Ancient Egypt.
As he seeks to save the world and his marriage from the monster that is the eternal beauty, Meilori Shinseen …
The Empress of a race from beyond the stars
… and his wife.

DOC SAVAGE had no wilder crew to back him up than does Samuel McCord –
Mark Twain … Oscar Wilde …
The genius Nikola Tesla  …
The undead Ada Byron, creator of the first computer language in the 1840’s.
And the incomparable She Who Devours, the model for the Sphinx …
Empress Meilori Shinseen … McCord’s beloved wife. And potential Destroyer of our world.

You can purchase Death in the House of Life on Amazon. Here's the link, so you don't have to go searching! Roland has several series available, so if you don't think this is the book for you, I'd recommend checking out his other titles, all found on Amazon.
Posted by Lara Schiffbauer 2 comments:

Email ThisBlogThis!Share to TwitterShare to FacebookShare to Pinterest
Labels: Death in the House of Life, New Release, Roland Yeamons

How did everyone's transition to the New Year go? I used 2014 correctly today. Considering I marked that I was single instead of married on the same paperwork, I figure it was a small victory I got the date right.

I've been doing some of the rewrites for Adven 2 and have started working on a title. I've also been researching fairies and it's been so much fun! I have to share a photo that matched the image in my head of the Fairy King in the book. 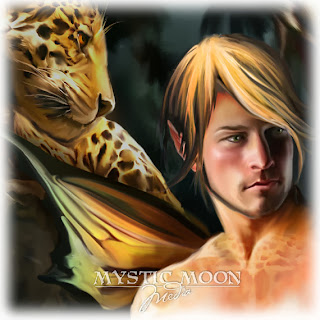 Green eyes and everything. His name's Edlark. I'm trying to decide if he'll have mini-horns. Mini-horns could be sexy, right? I've seen pictures of Pan where he looks pretty good with mini-horns (what do you call them, anyway?)

See, Pan looks kinda cute... Actually, he looks kind of like Wolverine of the X-Men. Who is sexy. So, mini-horns are sexy. Right?

Anyway, I was so excited to stumble on the picture of Edlark on Pinterest. The artist, C. Gerhardt, of Mystic Moon Media, has amazing fantasy artwork, so after you get done looking at funny photos, you might head over there and get a fantasy fix. And she gave me permission to share, but please note that reproductions are prohibited.

All right! Last week's winner for funniest photo was: 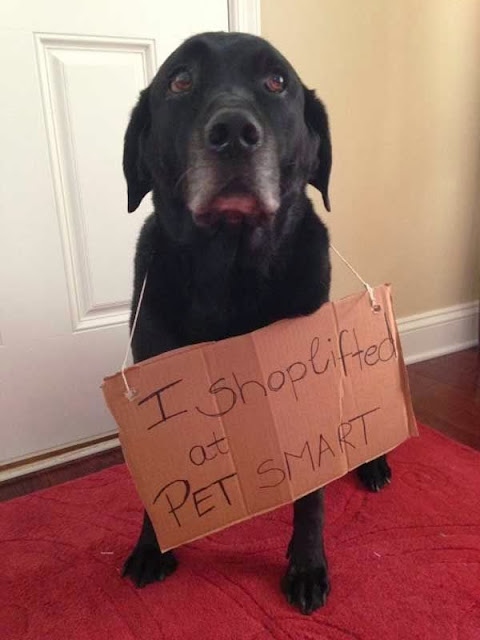 Here's the new ones: 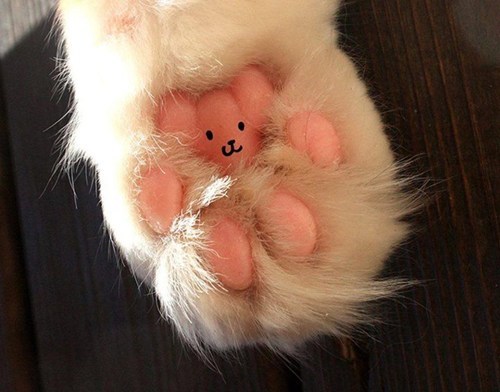 Well, have a great weekend! I don't really have a favorite this week. I like the freaky arm and the poor dog, but then also the moist owlet.

Do you have a favorite?