I’ve had so much fun with blog fests that I thought I’d give a blog challenge a try!  The Nightgale Blog Challenge is, as copied from the post on Glitter Word (the host of the challenge):


“…to create four stories 200 word minimum that includes a sort of journey or realization about immortality or the lack there of in striving for it.”
There are four prompts, one for each week of the challenge, based off of John Keat’s poem, “Ode to a Nightingale”, and Percy Shelley’s, “Hymn to Intellectual Beauty.”
January 5th – PROMPT Through Hemlock
Keats: “That I might drink, and leave the world unseen, And with thee fade away into the forest dim:”(Ode To A Nightingale)
January 12th – PROMPT Immortality comes to you, you do not go to Immortality
Shelley- “Why dost thou pass away and leave our state, This dim vast vale of tears, vacant and desolate?… No voice from sublimer world hath ever, To sage or poet these responses given – Therefore the name of God and ghosts and Heaven, Remain the records of their vain endeavour,”(Hymn To Intellectual Beauty)
January 19th – PROMPT To Die and become one with Nature
Keats – “Darkling I listen, for many a time, I have been half in love with easeful Death, Call’d him soft names in many a mused rhyme, To take into the air my quiet breath; Now more than ever seems it rich to die;”(Ode To A Nightingale)
January 26th – PROMPT : Writing is Immortality
Keats – “But on the viewless wings of Poesy, Though the dull brain perplexes and restarts: Already with thee! Tender is the night, And haply the Queen-Moon is on her throne,”(Ode To a Nightingale) 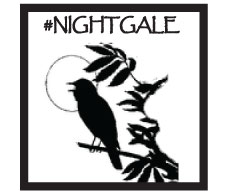 I'm a person who is better motivated to perform when I have a destination.  I don’t particularly like exercise bikes because you put all that work into pedaling, and end up nowhere.  I’ll do it if I have to for exercise, but it isn’t as enjoyable as going out for a ride on the road.
It’s the same for writing.  After finishing the first draft of Finding Meara, I started working on writing exercises so I would be writing while I edit Meara and develop my next story idea.  While the writing exercises were more enjoyable than spinning on an exercise bike, I kept wondering if I shouldn’t be working on the new story, itself.
When I came across this challenge, it fell in line with my next story idea perfectly.  I decided the challenge would be a fun and purposeful way to delve into my new characters.
Each of the first three prompts will be character studies (in flash-fiction form) of my main characters.  As far as what story comes out of the fourth prompt, it’ll be as much a surprise to me as it will be to all of you!
If you want to join in on the blog challenge, you have until January 5, 2012 to sign up, but that is the day you also have to post your first story, so I’d take a trip over to Glitter Word and sign up now!
Posted by Lara Schiffbauer